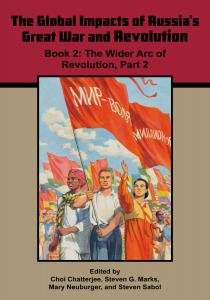 Ben Curtis, Incorrigible Rebels: The Significance and Influence of the Communist Party in the South Wales Coalfield, 1917–36
https://doi.org/10.52500/XCZX1691

William Kenefick and Paul Dukes, The Scottish Radical Left in Aberdeen and Dundee: The Impact of the Great War and Russian Revolution
https://doi.org/10.52500/KGIE9090

Kristin Mulready-Stone, The Impact of the Russian Revolution on the Chinese Youth Movement
https://doi.org/10.52500/YAWB8130

Michael Silvestri, “Those Dead Heroes Did Not Regret the Sacrifices They Made”: Responses to the Russian Revolution in Revolutionary Ireland, 1917–23
https://doi.org/10.52500/HMLT6020