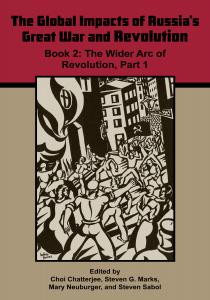 A. James Gregor, The Bolshevik Revolution and the Rise of Italian Fascism
https://doi.org/10.52500/SIHO5230

Sabine Hake, Communists into Nazis: The Conversion of the German Worker
https://doi.org/10.52500/TUMA3009

Steven G. Marks, “Workers of the World Fight and Unite for a White South Africa”: The Rand Revolt, the Red Scare, and the Roots of Apartheid
https://doi.org/10.52500/AGOE7356

Lisa A. Kirschenbaum, Michael Gruzenberg/Mikhail Borodin: The Making of an International Communist
https://doi.org/10.52500/WORP5695

Ludmila Stern, A Woman with a Camera: Soviet Espionage in Interwar France
https://doi.org/10.52500/ZZUC2200