The Will to Chance: Necessity and Arbitrariness in the Czech Avant-Garde from Poetism to Surrealism. 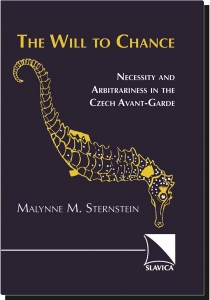 The Will to Chance: Necessity and Arbitrariness in the Czech Avant-Garde from Poetism to Surrealism is the first monograph study on the Czech avant-garde that positions the Czech movements of poetism and surrealism at the radical center of debates on what the avant-garde was, is, and can be. It is motivated by post-structuralist theory to ascertain what indeed constitutes the avant-garde in and of itself. The overarching inquiry of the book is that raised by Peter BŸrger in his seminal if imperfect Theory of the Avant-Garde (1984): "The theory of the avant-garde cannot wholly dispense with the study of chance for it is of decisive importance for the self-understanding of the Surrealist movement, at the very least. One will therefore view the category with the meaning the Surrealists gave it as an ideological one that permits scholars to understand the intention of the movement but simultaneously makes it their task to criticize it" (BŸrger 66). Though BŸrger subsumes his discussion of chance to other considerations (montage foremost among them) what BŸrger does say about chance turns the fulcrum of what I see as the avant-gardeÕs totalizing designs. More than a preoccupation with the new or the vernacular of shocking the bourgeoisie, I argue, the obsession with chance and its objective meaning delimits the ideology of the avant-garde. About the Author: Malynne Sternstein is an Associate Professor of Slavic Languages and Literatures and the College. Her interests include Czech Literature and Culture, Russian Literature, Avant-Grade Studies, Central European Studies, Literary, Psychoanalytic and Cultural Theory, Art and Media Theory, The "Retro-Avant-garde," and Czech Film.