The Escaped Mystery: The Poetry of Momčilo Nastasijević 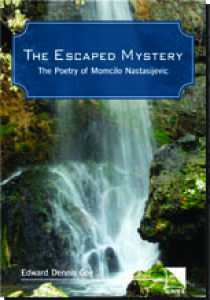 The Escaped Mystery explores the poetry of Momčilo Nastasijević, whose poetic achievement is described by E.D. Goy as “one of the greatest, if not the greatest, in the Serbian language of the twentieth century.” Although his output was small, Nastasijević was the supreme modernist Yugoslav poet of his time and is deeply respected by leading modern Serbian poets, such as Vasko Popa and Miodrag Pavlović. Emotions, sense impressions, love, and fear make up the “mystery” behind Nastasijević’s poetry. In this book the mystery—the lyrical experience—is caught in its various aspects but never held too long or over-defined. Goy examines the language, music, and meaning of the poems in their original and through his own English translations. About the author: Edward Dennis Goy (1926–2000) was one of the preeminent British Slavists of the latter half of the twentieth century. He was a Cambridge (UK) scholar whose love affair with Nastasijević’s poetry lasted from 1966 to the end of his life. Slobodanka Vladiv-Glover (Monash University, Australia) has described him as “the best English translator of Nastasijević’s poetry” and one of Nastasijević’s “most prominent Western commentators” (Internet Journal Kritika, 2002). This book is recommended for library collections at four-year colleges and research universities.