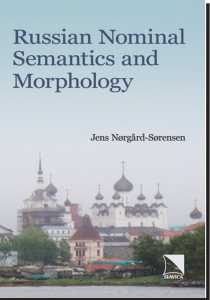 The principal idea behind this book is that lexis and grammar make up a single coherent structure. It is shown that the grammatical patterns of the different classes of Russian nominals are closely interconnected. They can be described as reflecting a limited set of semantic distinctions which are also rooted in the lexical-semantic classification of Russian nouns. The presentation focuses on semantics, both lexical and grammatical, and not least the connection between these two levels of content. The principal theoretical impact is the insight that grammar and lexis should not be seen as a random collection of subsystems, but as a comprehensive structure of interconnected oppositions, repeating the same semantic distinctions at different levels and in different lexical and grammatical classes. The book is of interest to students of Russian and linguists with some command, stronger or weaker, of Russian. Students will see a pattern in what is traditionally described as disparate subsystems, and linguists may be inspired to consider the theoretical points concerning language as a coherent system, determining usage. This book is recommended for library collections at community colleges, four-year colleges, and research universities.