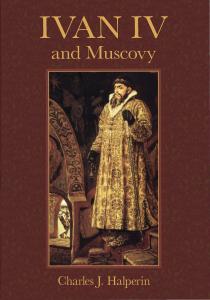 Ivan the Terrible continues to fascinate and confuse historians. In Ivan the Terrible: Free to Reward and Free to Punish Charles J. Halperin presented a new and comprehensive interpretation of Ivan’s personality and reign. In his second book on Ivan, Ivan IV and Muscovy, Halperin both explores in depth conclusions adumbrated only briefly in his first and more often provides additional research on subjects he has not previously discussed. Original studies address a wide panoply of topics and themes. In source study he examines chronicles, German foreigner accounts, and the writings of Ivan Peresvetov. In historiography Halperin analyzes the Russian- and English-language versions of Ruslan Skrynnikov’s classic Reign of Terror. Social history topics include dysfunctional families, contests for office under the precedence system, foreign slaves, and apolitical violence. Evidence of rational rather than ideological thinking by Muscovite diplomats and Elizabeth I’s flattery of Ivan as a ladies’ man belong to diplomatic history. On economic history Halperin raises the question of the weight, literally, of Muscovite coinage. Under the rubric of intellectual history, he continues his examination of “land” concepts, especially the Rus’ Land. Finally, Halperin advances novel observations on Ivan’s famous, or rather infamous, personality, charisma, and temper tantrums. These studies are based upon a range of source material from narrative and diplomatic texts to administrative documents and private legal charters. Conclusions rest upon interpretation of passages or quantitative studies of data bases containing from dozens to hundreds of records. The chapters in this anthology substantiate and greatly supplement the conclusions advanced in Halperin’s monograph and shed further light upon Ivan’s contradictory personality and paradoxical reign.