It Happened on the First of September (or Some Other Time) 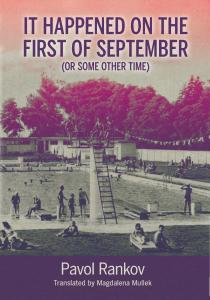 Winner of the European Union Prize for Literature.

"It's where we've ended up. Not because of our own mistakes, because of politics. We weren't able to live our own lives; we had to live the way we were told to." - Maria (excerpt from book)

"It Happened on the First of September is a novel with epic sweep yet without the epic length as both the years it covers and its action fly by. Though much of the book deals with history's bleaker chapters, the novel is a page turner filled with humor, vibrant writing, and hope." - Michael Stein, Literalab, B O D Y

Award from the European Union Prize for Literature, 2009.