Stones on the Prairie: Acculturation in America 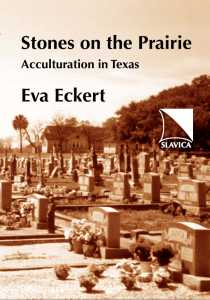 The language of tombstones tells the story of Czech immigrants in Texas, from its beginnings in the social and economic upheavals of 19th- and early 20th-century Bohemia and Moravia to its end in the era of opportunity and mobility that followed World War II. The linguistic and material data of tombstones is interwoven with records of the Texas Czech community as well as with historical accounts of life in the homeland. Rich in primary sources, many of them unpublished or unavailable in English, meticulously researched, and sweeping in its scope, Stones on the Prairie is a valuable resource for sociolinguists, scholars in the field of immigration studies, and all those interested in the history of Texas and its Czech heritage.