As translations of contemporary Russian literature tend to be few and far between, Slavica’s imprint Three String Books is aiming to fill the gap. Ivan’s Daughter: Short Stories and a Novella by Valentin Rasputin was compiled and translated into English by Russian translator Margaret Winchell in 2016 (see also Winchell's translation of Nikolay Leskov’s The Cathedral Clergy: A Chronicle and Winchell's own book, Vasily's Island: The Pearl of Petersburg).  Valentin Rasputin made his mark on Russian literature’s village-prose movement in the 1970’s  and was very widely read in the Soviet Union. Although during perestroika Rasputin stopped writing and became involved in politics, he soon returned to his literary calling, creating works that depicted the daily struggles of most Russians. Enter Winchell and her husband, Professor Gerald Mikkelson. Together, they compiled and translated a collection of Rasputin’s works titled Siberia on Fire: Stories and Essays (Northern Illinois University Press, 1989) and Siberia, Siberia (Northwestern University Press, 1997).  In this interview, Winchell describes her friendship and working relationship with Rasputin along with her translation methods. The photo of the author and translator below was taken at Lake Baikal.

Slavica: I understand that you and your husband, Gerald Mikkelson, together translated earlier stories written by Valentin Rasputin.  Could you tell us about how that relationship started and why you continued translating his work?

Winchell: Jerry and I met Valentin Rasputin in 1982.  For several years, Jerry, as founder of the unique Soviet Writer in Residence program at the University of Kansas, had been inviting him to come to Lawrence.   But the response from the Soviet Writers Union was always negative: Rasputin was supposedly unable or unwilling.  To find out for ourselves, we went to Irkutsk and met the author, who actually did want to visit the U.S.  During our stay we got to know him and his family and saw the local sights, including Lake Baikal, under his expert guidance.  Our long conversations revealed much in common and a friendship was born.  Rasputin did visit America for several months in 1985, when we traveled with him by car through the Midwest, ending in Lawrence, where he gave a series of brilliant, highly original lectures at the university.  Close contact deepened our friendship and as our fondness and respect for the reserved Siberian grew, we decided to help make his works better known in the English-speaking world by translating his most recent fiction.  The result was Siberia on Fire, the beginning of a collaboration that lasted until his death in 2015.

Slavica: There are several instances where Rasputin has his characters speaking very informally, or in slang. How do you manage some of those differences between English and Russian, such as conveying formality and informality, and translating class in dialogue? Are there other difficulties in translating especially from the Russian language?

Winchell: I have learned to follow two rules for greatest accuracy and effectiveness: 1) stay as close as possible to the style and meaning of the original text without sacrificing naturalness; and 2) find each character’s unique voice and replicate it consistently.  A superb writer like Rasputin chooses every word, consciously or unconsciously, with care; it is the translator’s duty to figure out why and to come up with equivalents in the target language.  Exact equivalents are not always possible, of course.  Sometimes analogous expressions are necessary; sometimes the translator must rely on “compensation,” e.g., alliteration impossible in one place can appear in another.  The flavor of Siberian peasant dialogue can be conveyed to some extent through certain features of rural Midwestern speech; teenagers should sound like teenagers, although I try to avoid verbal fads and ephemeral slang.  Rasputin’s prose presents more than the usual difficulties, studded as it is with Siberian dialect and realia, archaic and folklore expressions, and even words the author has made up.

Slavica: Was there any background information or research you needed in order to translate these stories (i.e., traveling to Siberia, researching the history of the Soviet building of dams, talking with V. Rasputin, etc.)?

Winchell: My research, apart from printed matter, consisted mainly of personal experience gleaned during previous trips to Irkutsk and its rural environs.  While libraries and the Internet are valuable sources for background information, nothing beats a walk in the taiga, an afternoon in a country bathhouse, and a meal of Siberian delicacies cooked on a woodstove.  Around the dinner table Valentin and his friends were always happy to clear up mysteries, linguistic and otherwise.

Slavica: Did you ever have the author look over your work, or did you communicate with him while working on translating these stories?

Winchell: Rasputin did not know English (his autobiographical story “French Lessons” [in Siberia on Fire] describes his childhood difficulties with learning a foreign language).   Over the years I occasionally asked for clarification through correspondence and in person, a big advantage to translating the works of a living author.  Valentin helpfully explained dialect words and unfamiliar concepts such as the mechanics of building a log cabin (“The Cottage”).  Although he could not evaluate my translations himself, he once made a point of praising my abilities as a translator during a public gathering in Irkutsk, noting my “persistence and accuracy.”  As a fellow shy person, I found his public expression of confidence both embarrassing and gratifying, a nice reward for countless hours of struggling with his challenging prose. 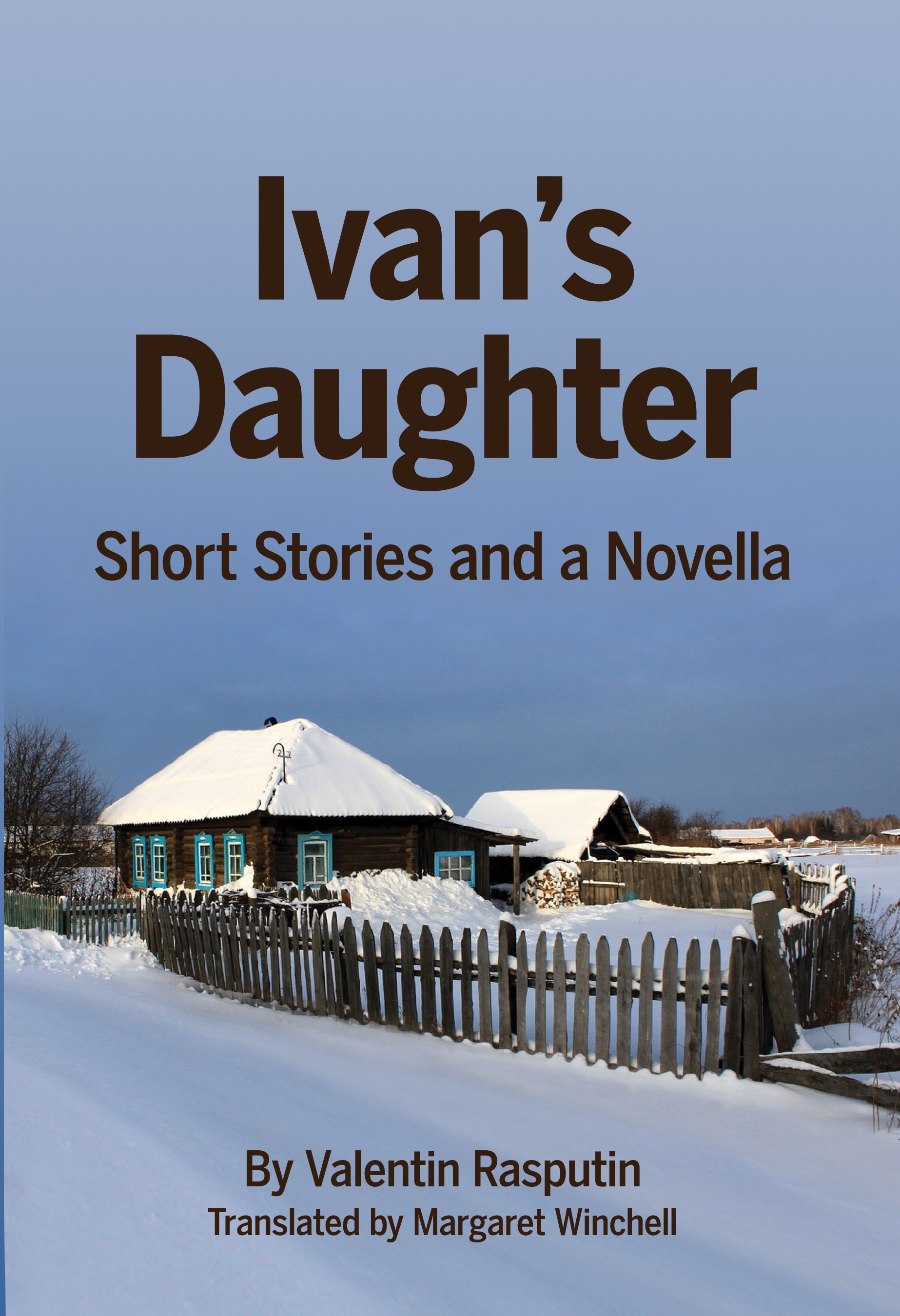 Slavica:  Translations have been growing in popularity in North America and England over the last few years, e.g.,  Karl Ove Knausgaards' "My struggle," Elena Ferrante's NY Times best sellers, and Stieg Larsson's "Girl with the Dragon Tattoo." Do you think that Russian translations will join this trend?

Winchell: I would hope that anyone interested in the literature of other cultures would look beyond Western Europe and Latin America to Russia, which has one of the richest literary traditions in the world.  While the nineteenth-century classics enjoy a measure of popularity and are continually retranslated, Soviet and post-Soviet works seem to get short shrift.  The Rossica Translation Prize is designed to encourage the translation of Russian literature; its short lists and long lists give some idea of what is available in English besides the umpteenth versions of Dostoyevsky and Tolstoy.

Slavica: What is most memorable about Rasputin's writing, and especially about his post-Soviet writing? What will readers take away or learn from these stories?

Winchell: Each reader takes away something different: an individual response to the aesthetics, a particular gap filled.  For me Rasputin’s works provide, along with the pleasure of good story-telling, insight into how ordinary folks in Russia live and cope.  His post-Soviet fiction in particular gets below the noise of politics and offers a perspective counter to the media’s usual portrayal of Russia and Russians.  With Rasputin’s exquisite grasp of female psychology (rare in male writers), his affinity for children of all ages, and his gift for dialogue, I find that his characters live and breathe and stay with me long after I’ve read (or translated) the last sentence.